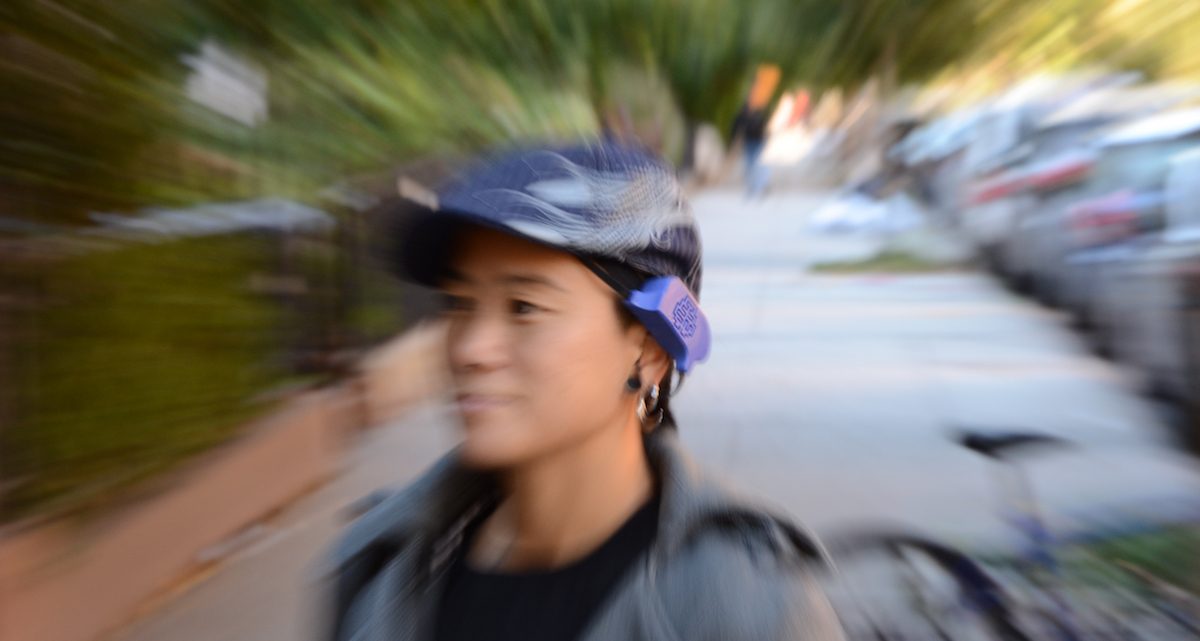 Originally developed at MIT, MindRider is a head-based wearable that tracks, in real time, how your rides, movement, and location engage your mind. The MindRider app maps your engagement, giving you new insight into your riding experience. Part of the Multimer analytics system, Mindrider is the first biosensor developed to collect human experience data and process it in a large-scale, location-aware context. 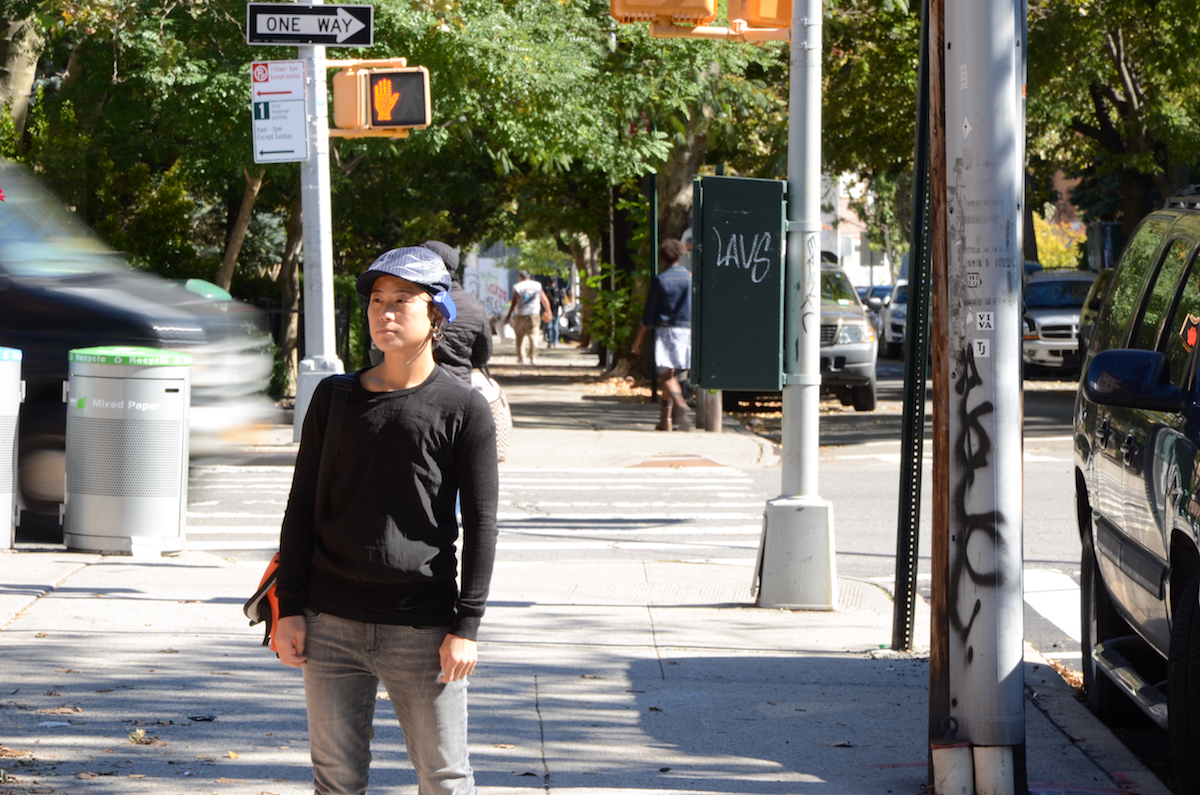 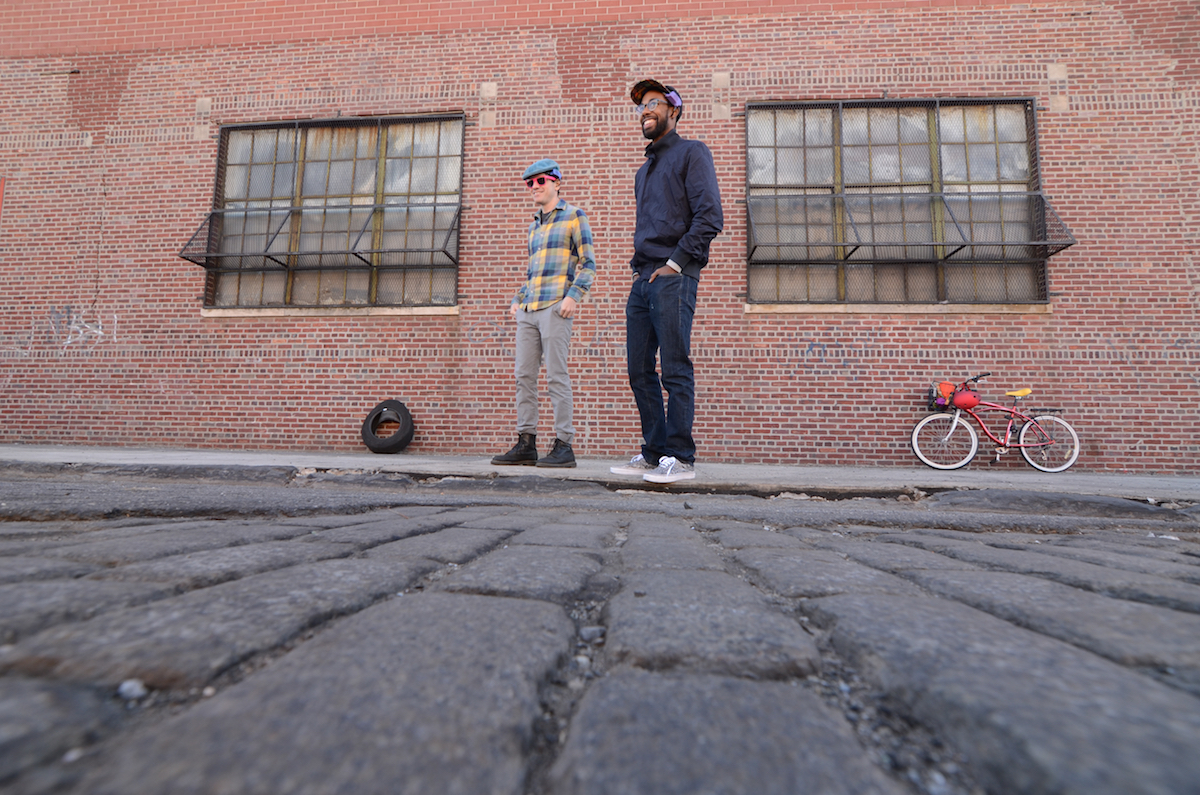 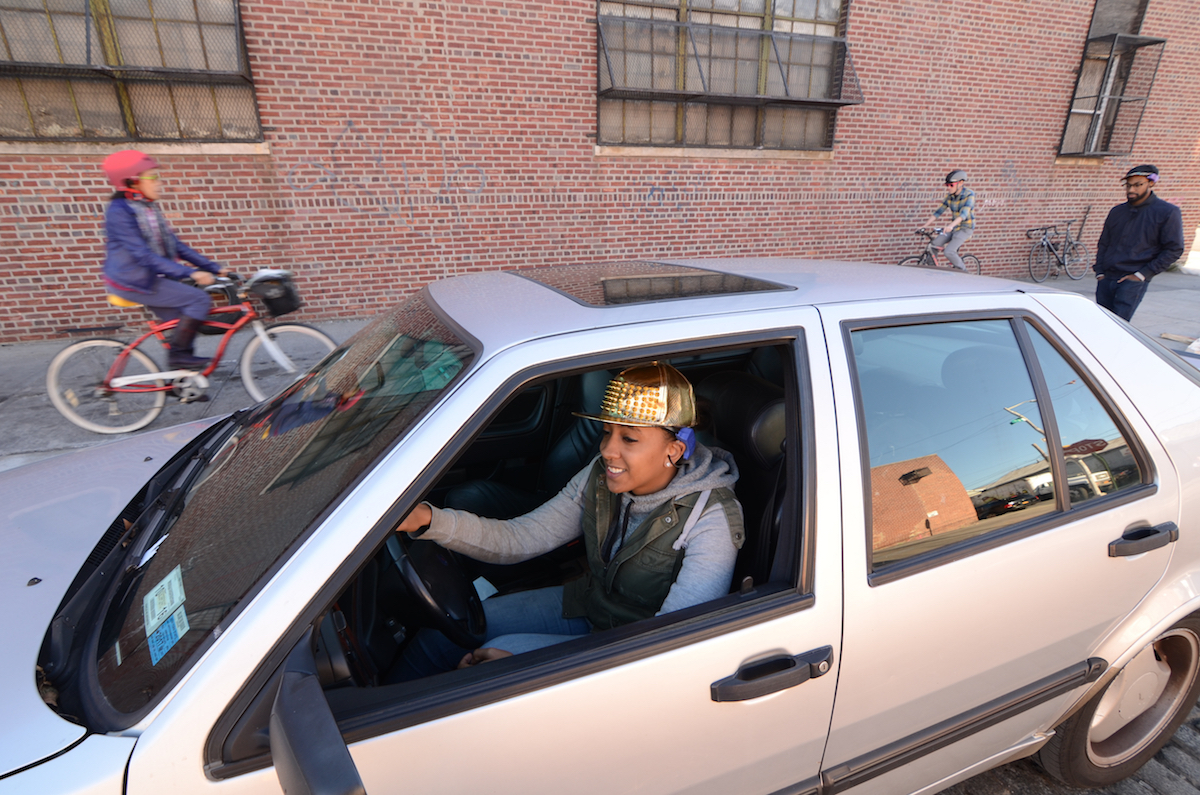 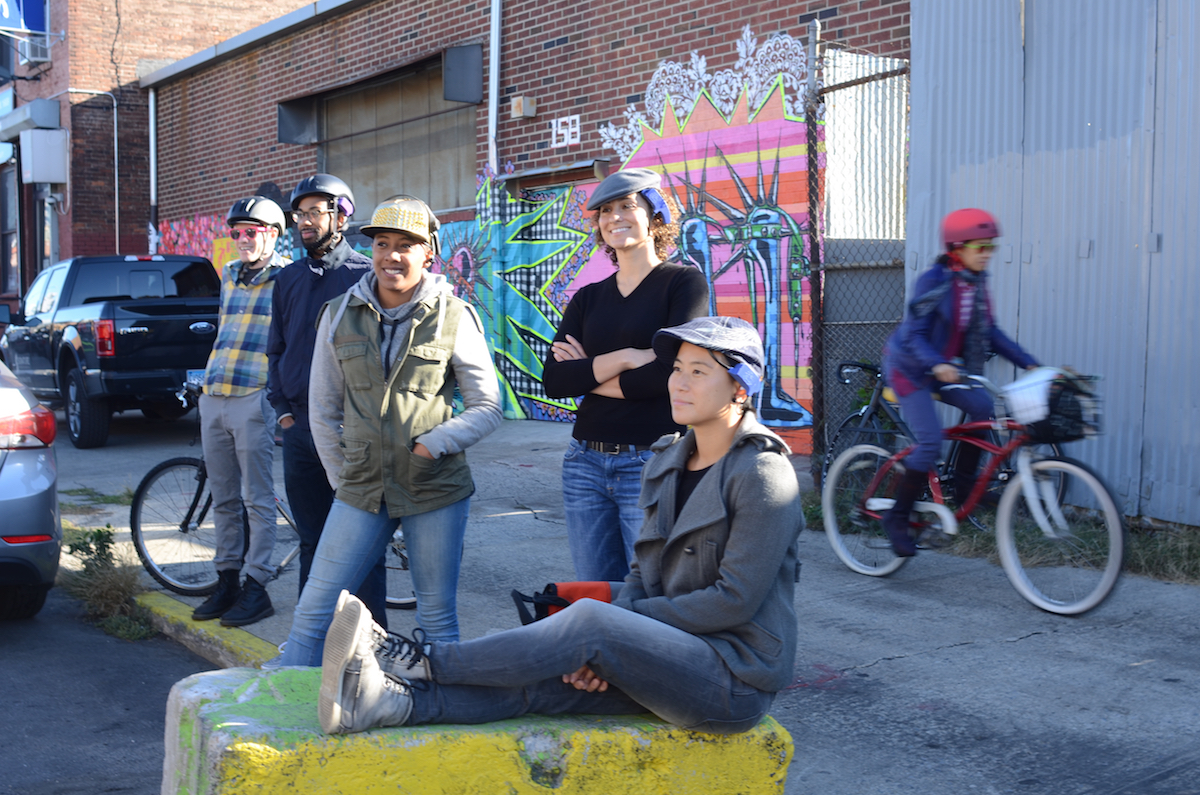 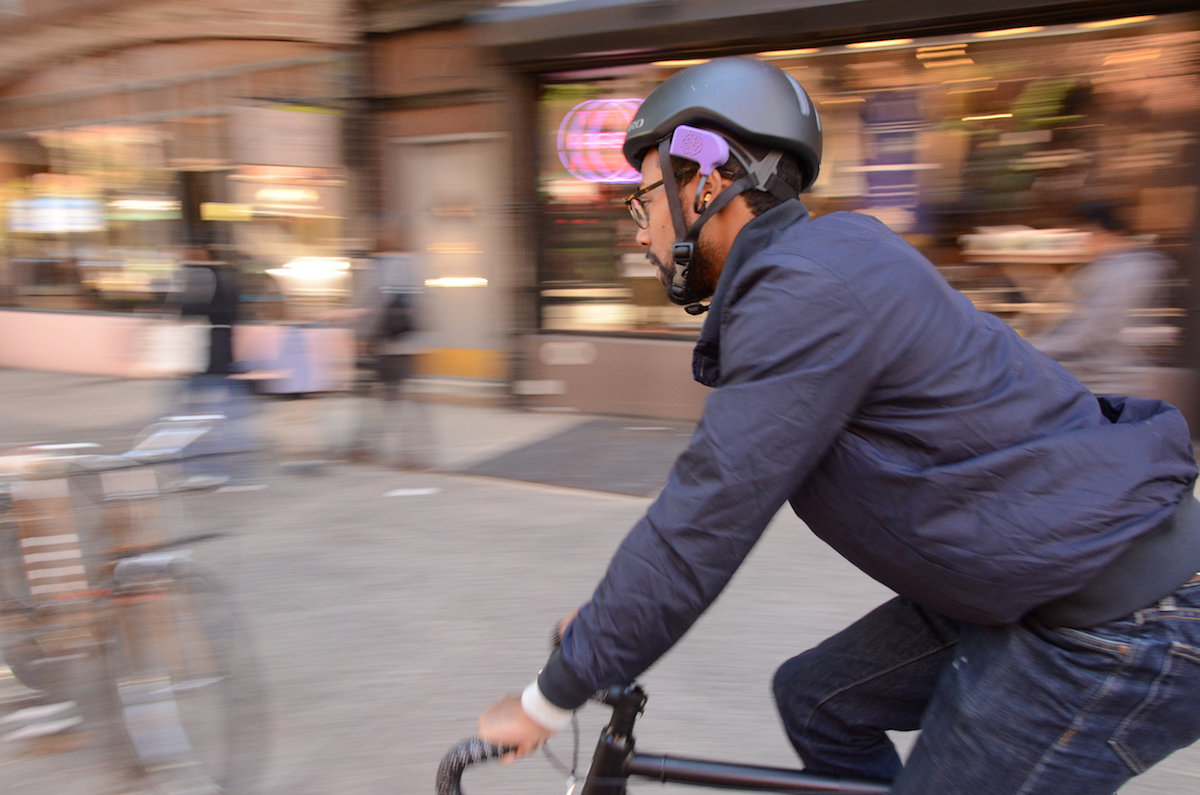 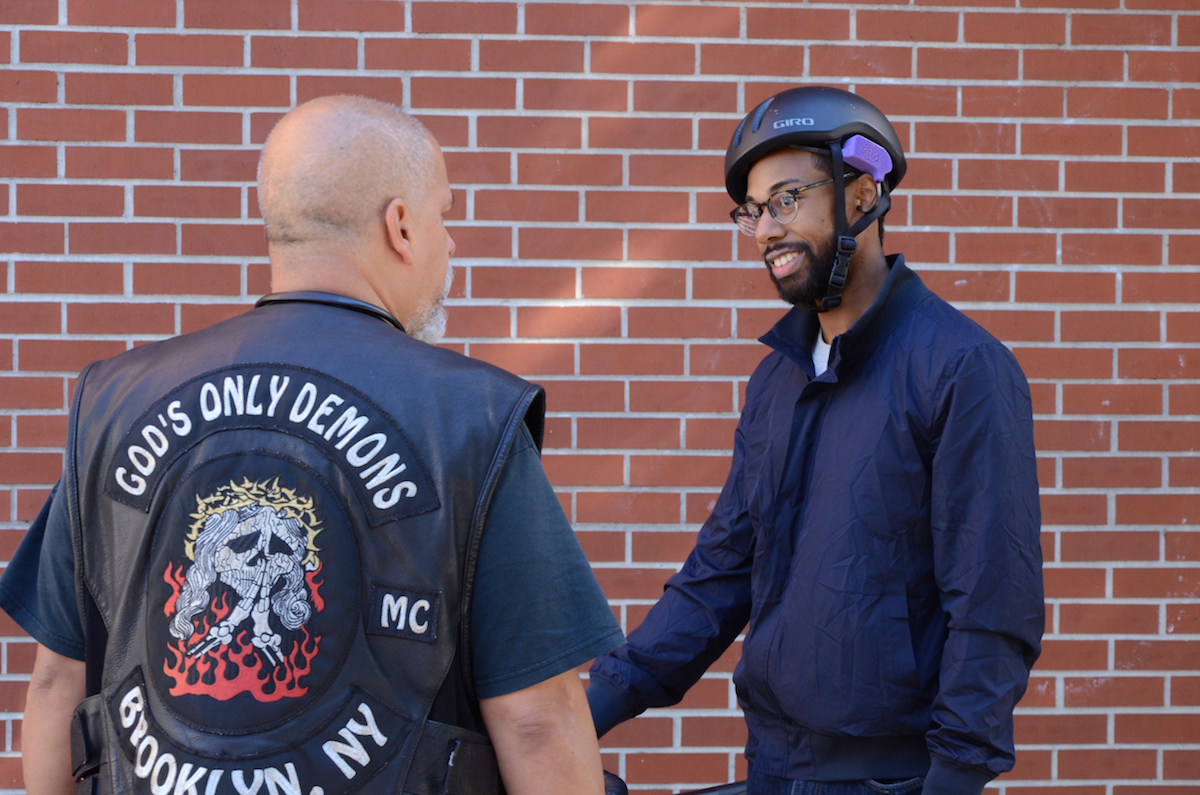 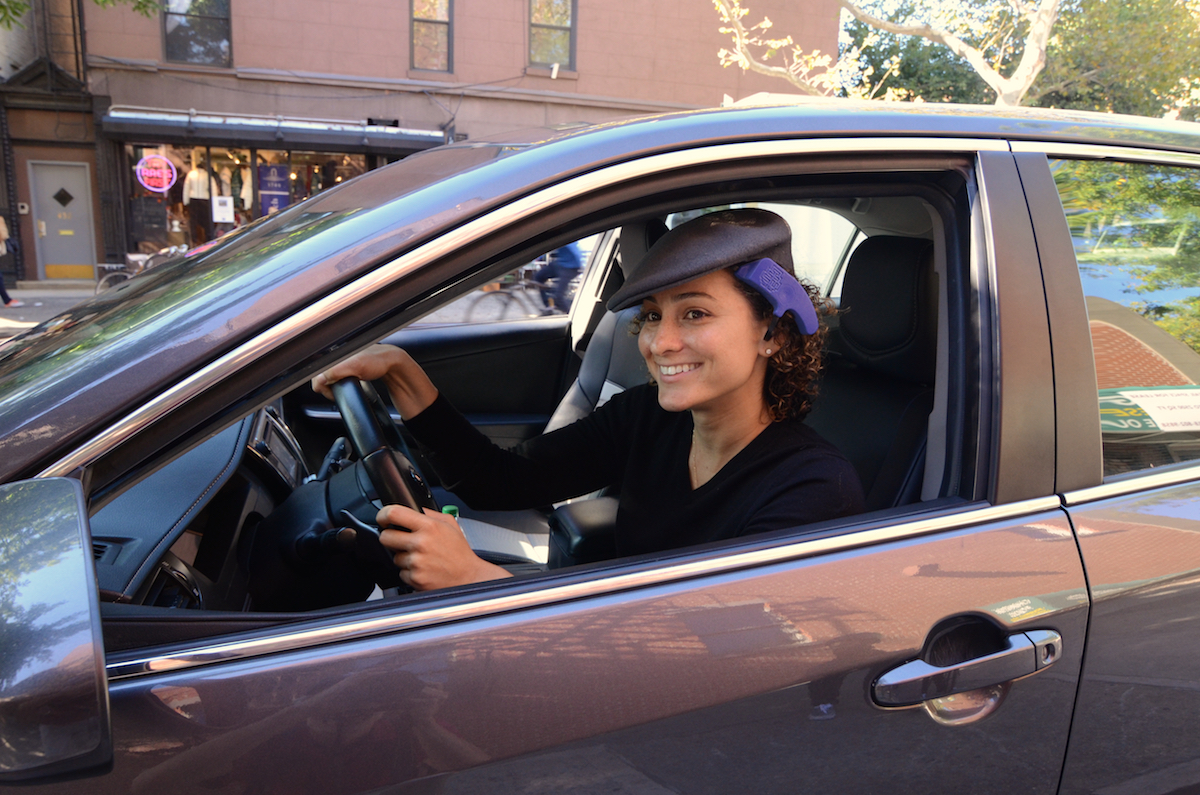 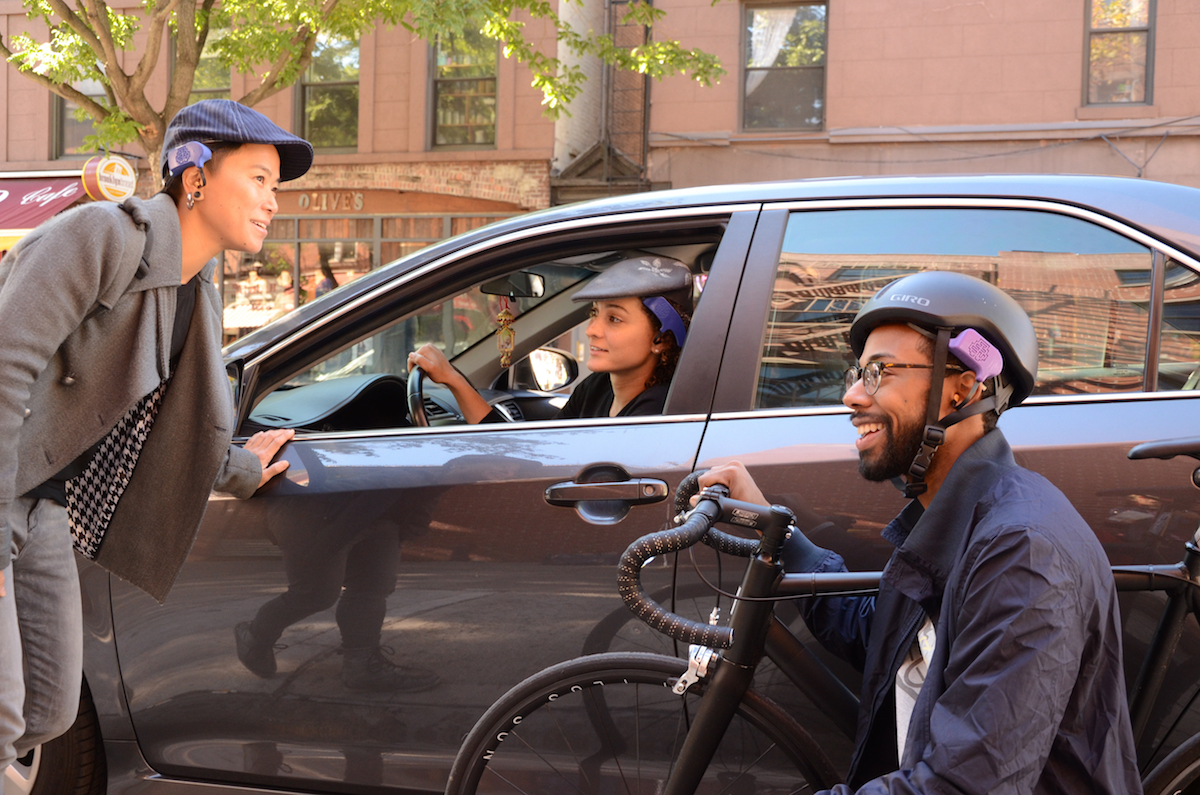 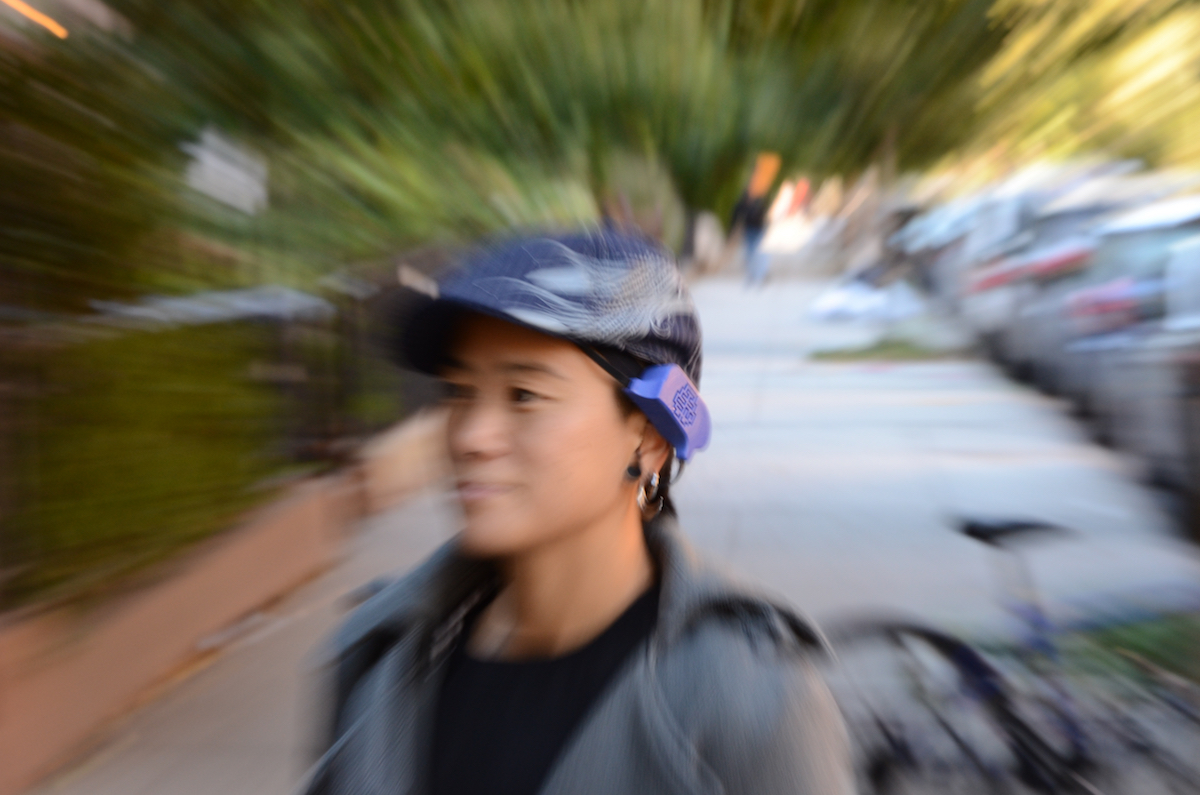 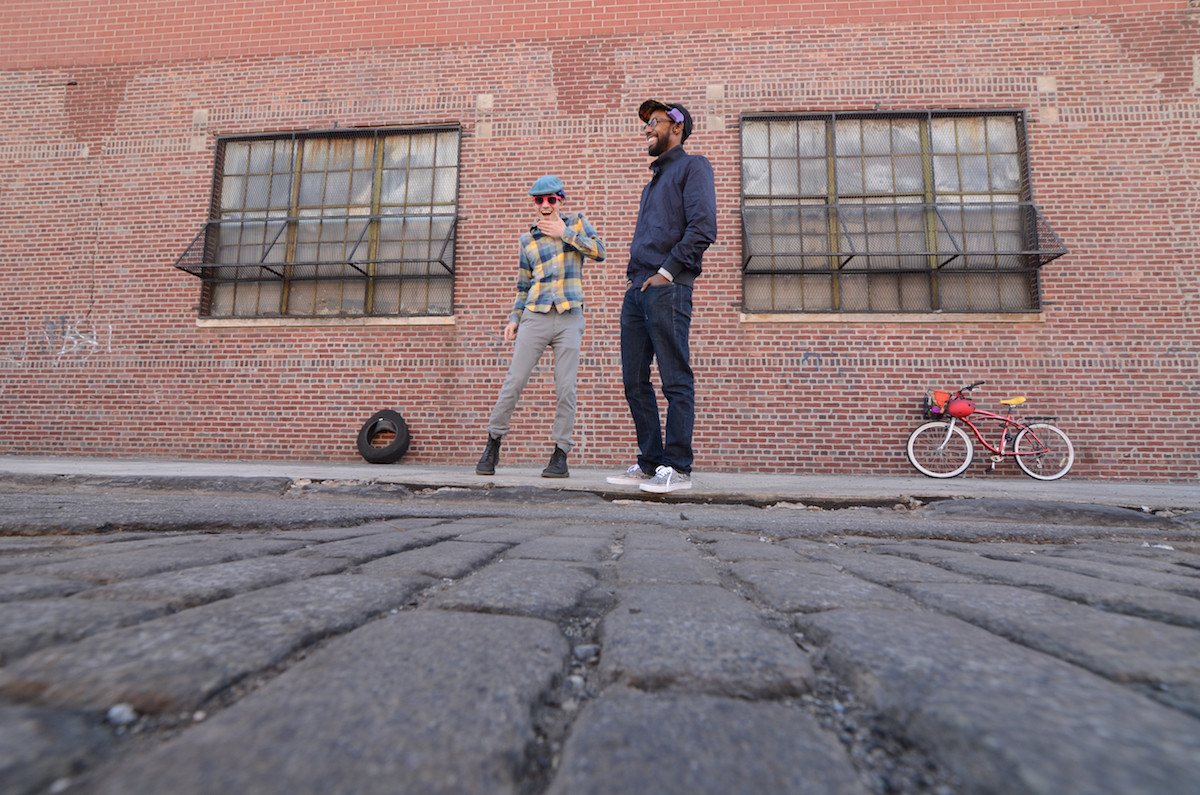 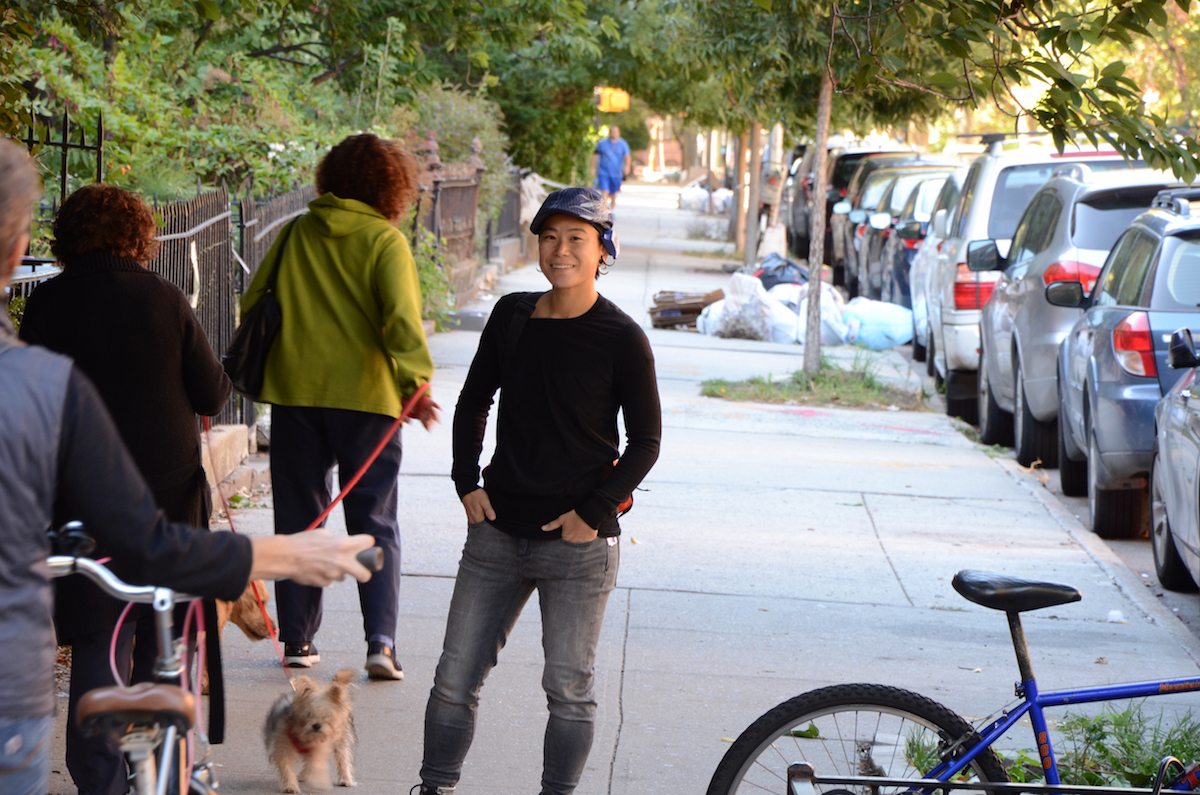 The new MindRider wearable, developed by Yapah Berry, can be worn as part of a headband, hat, helmet—all the head accessories that people already wear. Above are some of the pedestrians, cyclists, and drivers collecting data with MindRider for the Multimer system. 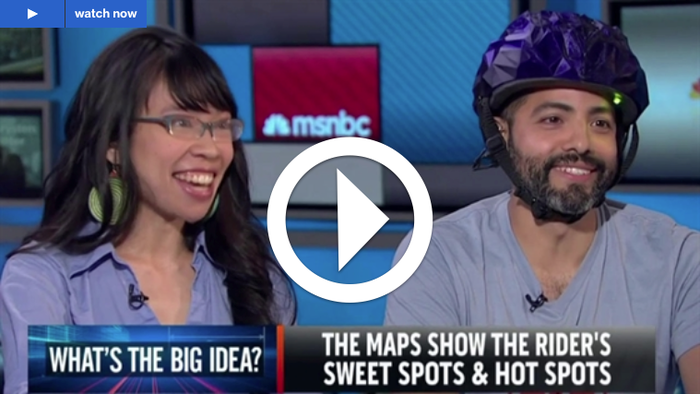 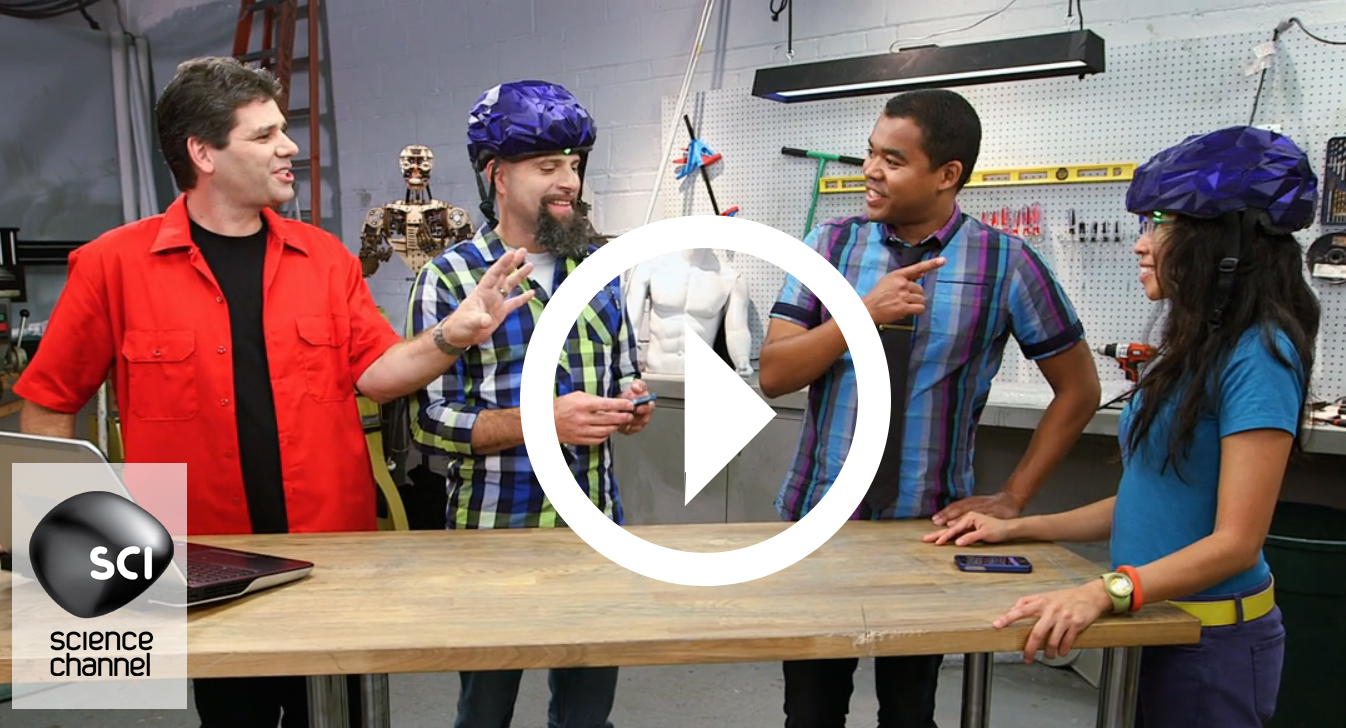 A Snapshot of Your Mental Engagement 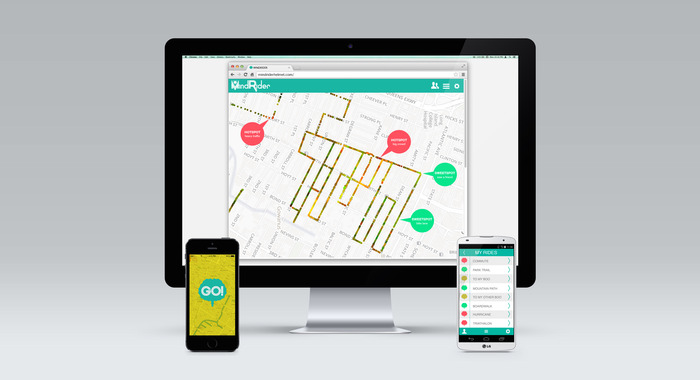 The MindRider app maps your experience and engagement in real-time. As you can see in the Prospect Park (Brooklyn) map below, every MindRider map has its pure green “Sweetspots” of relaxation, and its pure red “Hotspots” of focused concentration. Riders have examined their maps and have seen how Sweetspots and Hotspots can be influenced by the rhythm of the road, pedestrian and vehicular traffic, and social interactions of many kinds. This insight provides the opportunity to challenge, enjoy and maximize your experiences. 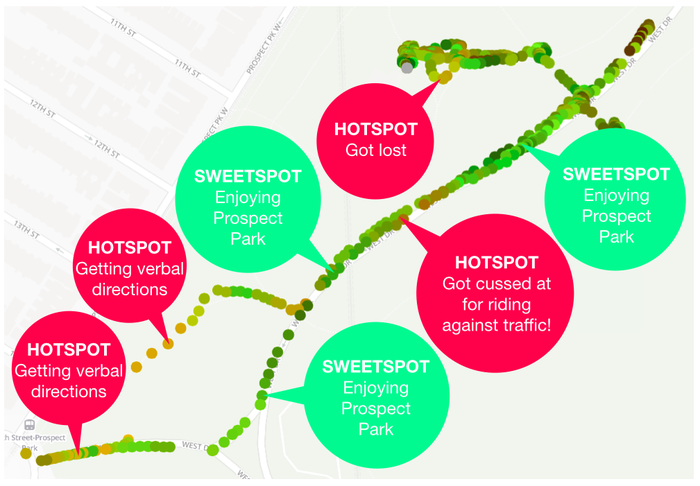 One MindRider cyclist turns his commute into a kind of mind-training game. After reviewing his MindRider maps and learning which routes have the most Sweetspots and Hotspots, he often challenges himself to relax his mind and turn his Hotspot-heavy routes into Sweetspots all the way from home to work.

To learn more about how MindRider’s data can be applied to retail and real estate applications, check out our new platform Multimer. And our  book-length study called MindRider Maps Manhattan explores applications for urban and transit planning. It includes the first map of a city’s mental snapshot, compared against standard traffic, vehicle, zoning, and municipal datasets. Read more and get your copy of the study: MindRider Maps Manhattan.