Lumenhattio is a stretchable glowing helmet cover that provides affordable, changeable style by day and safety light by night. The Lumenhattio comes in several styles and runs on inexpensive cell batteries. Whereas few cyclists own multiple helmets, most cyclists can own multiple Lumenhattios.

Bike-friendly cities tend to consider the bicycle as a vehicle in its own right, with its own street lanes and its own traffic rules. The Lumenhattio strengthens the bicycle’s vehicular role by giving the cyclist signal light options previously only available to motorists. By simply pressing a button or tilting his head (thus triggering Lumenhattio’s accelerometers), the cyclist can activate his front, back, brake, and turn lights.

The Lumenhattio tethers a cyclist’s lights to the helmet instead of the bicycle. This reduces the chance of light theft, since bikes are often locked and left outdoors while helmets are usually kept more securely indoors.

Currently, the Lumenhattio exists in several prototypes and concept renders. The Lumenhattio Project is twofold: to refine the handmade object and to explore the possibility of industrial design for cyclists with more intensive demands. 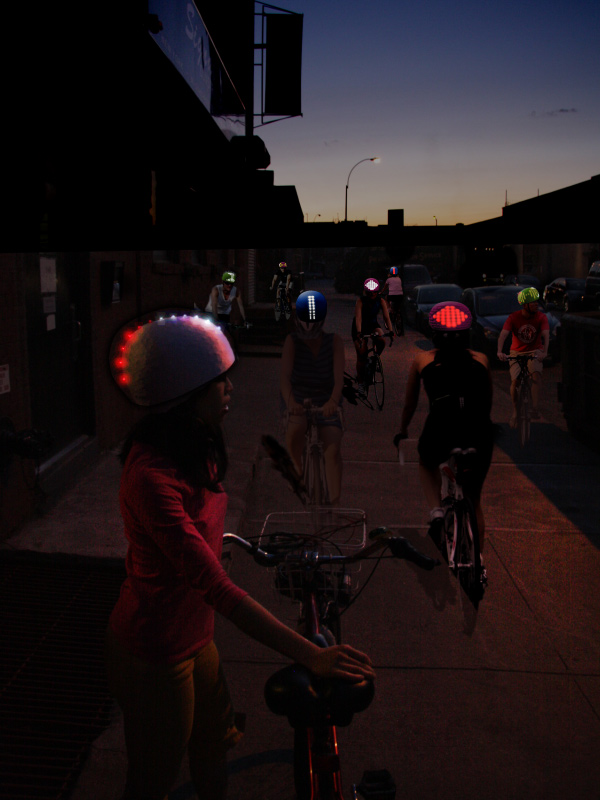 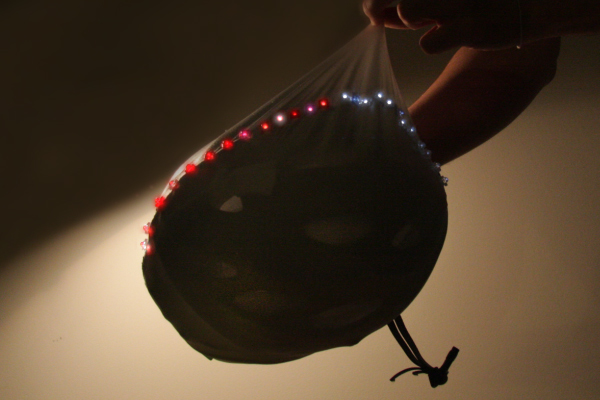 PREVIOUSSWAN Mobile Peripheral
BACK TO ALL PROJECTS