In the video above, Arlene Ducao & Rachel Mersky discuss “Encephalodome” at the 2012 Games For Change Festival.

“Encephalodome” (working title) is an art+science game under development for the dome projection (planetarium) setting of the Lower Eastside Girls Club. Players will wear inexpensive Electroencephalography (EEG) devices to both control and contribute to the game. They can expressively explore science through activities like concentrating, meditating, closing their eyes, and moving their bodies. By fusing many kinds of science data sets into a vast spatial experience, “Encephalodome” will engage players in natural beauty beyond the scales of human perception. 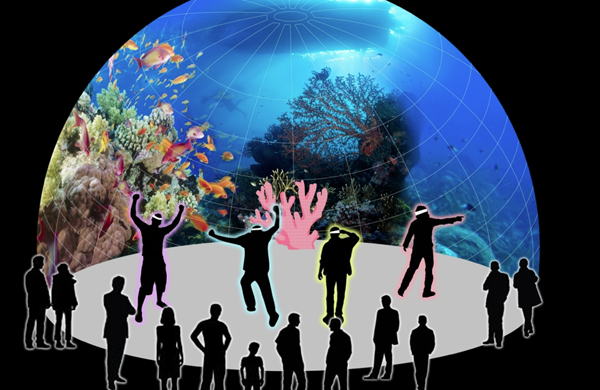 “Encephalodome” gameplay focuses on ocean acidification: increased pollution is changing the pH of the oceans, thus affecting the growth of sea vertebrates and shellfish. “Encephalodome” will invite its users to interactively role-play prototypical sea organisms like coral, plankton, jellyfish, and lobster through decades of increased carbon emissions.

For this game, players’ EEG data will be visualized as a real-time component in tandem with science data. The use of EEG is still relatively uncommon outside of hospitals, but with the cost of this and other biometric technologies decreasing so rapidly, there is great opportunity for its expanded use in both art and gaming.

After presenting Encephalodome at the Games for Change festival, DuKode was featured on Public Radio’s The Takeaway. Listen to the story about G4C: http://www.thetakeaway.org/2012/jun/25/video-games-saving-world-one-controller-time/

Arlene Ducao demonstrates an earlier version of the EEG headband. 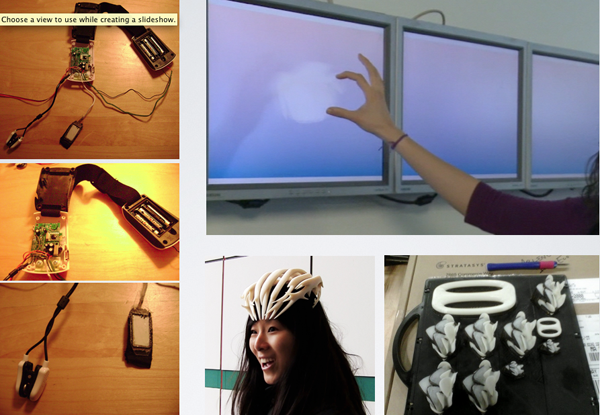 PREVIOUSOpenIR
BACK TO ALL PROJECTS